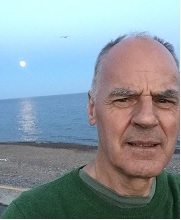 If ever proof were needed that it is not possible to “have cake and eat it” over the EU, here it is. I refer to the revelations last week about the details of migrant controls (in a leaked Home Office paper) which prompted business concerns at the “catastrophic” consequences for employee recruitment in a range of sectors.

So where will all the waiters, chefs and care workers as well as the skilled scientists and health workers who currently fill gaps in our labour force, come from? Are they really going to be filled by unemployed people or retirees tempted to augment pensions with part time work?

To reapply Boris Johnson’s cake strategy, the pastry cooks will have gone home, and any pigeons waiting for crumbs will be flying home too – hungry.

In the same spirit of absurdity, the comments of former Environment Secretary Owen Paterson come to mind. He suggested that farmers could easily hire pensioners to replace the Bulgarian and Rumanian fruit pickers, who will no longer be coming here to pick fruit below the minimum wage. Pensioners, stepping up for under paid, back breaking work? I don’t think so.

Help may be on hand from Andy Briggs, Chief Executive of Aviva Life and the Government’s business champion for older workers. A year ago he called on every firm to raise by 12 per cent the number of people they employ between 50 and 69. Such a move would boost the number of older workers in the UK from 9 million to 10 million, he claimed.

“Just like that!” as Tommy Cooper used to say. Sure, there will be more people working longer anyway, but a million more workers in how long? It is not going to happen.

There are two problems with the Government’s strategy on the ageing workforce and Brexit. The first is that almost no-one talks about it, the second is that what is said is simply naïve. The DWP’s Fuller Working Lives strategy contains sensible encouragement of employers to “recruit, retain and retrain older workers,” but the scale of the problem is massive. The effects of the new migration controls will add to it enormously.

By the mid-2030s, people aged 50 or over will account for over half the UK’s adults, and existing plans to raise state pension ages to 67 by 2028 will contribute to increasing numbers in the workforce, but switching older Brits for the young EU citizens when the migration tap is turned off, will be problematic.

Many low skilled jobs are currently done by young people, happy to gain experience and learn our language for a few years. How many employers will want to see large numbers of older people in an organisation where youth is deemed to define their culture? And how many older people will want such jobs anyway?

The severity of the coming skills shortages cannot be understated. Nursing is a case in point. Registrations of nurses to work in the UK have already fallen by 96 per cent since the referendum. Nursing vacancies are harder to fill and this will only get worse as immigration controls begin to bite. In the South East of England, many NHS Trusts recruit 20 per cent of their nurses from the EU. Yet one in three nurses are due to retire in the next ten years and the Government has ended a nursing bursary scheme, supporting new entrants into the profession.

No matter which way you look at it, the situation seems desperate. Where are the policies to show that the Government recognises the problem?

Bringing more unemployed and inactive people into jobs done by Europeans was part of the leitmotiv of the Brexit campaign, but in truth the UK’s labour market is already tight. Less than one and half million people are now officially looking for work. Many unemployed people lack the skills employers need. Those who have been claiming incapacity benefits may not be “job ready.”

Employers will have to accommodate to a range of employees’ needs and be ready to employ both older people and others whose impairments have prevented them from getting work. Jobs will have to change, both in terms of content and conditions. Pay cannot be ignored. The £8.85 an hour (including bonuses) paid to London based staff in the catering industry attracts few indigenous Brits at the moment. Something will have to change. We may end up paying more for our coffee.

Coming back to work in a part time “bridge job” might be attractive, but someone who retired at 58 may not be very interested in working as a waiter, a care worker or in the fast food sector to augment their pension. Using older workers to fill the emerging skills gaps will be unrealistic without changes in training policy so that people can re-launch careers or start afresh in a new role.

Given the right conditions, the right rates of pay and adequate training, some older workers may well step up to the plate. Without this however, talk of older workers filling the gaps left by returning EU migrants will be, not so much cake as ….pie in the sky!