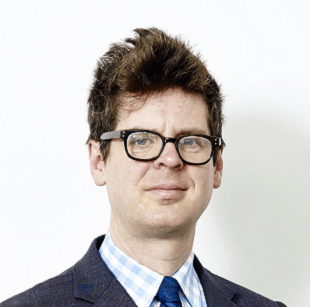 eople are generally living longer than previous generations across most parts of the world. Rising life expectancy is a result of advances in medicine as well as improving living standards and healthier lifestyles. But while this should be celebrated for social reasons, is it beneficial in economic terms? Does the increase in the older population create an economic burden on society or can older people be mobilised to enhance the productivity of communities in which they work and live?

New analysis of international data from 35 countries, published by the International Longevity Centre, provides more evidence in favour of a “longevity dividend”. The authors found that as life expectancy increases, so does “output per hour worked, per worker and per capita”.

Yet, much of the public debate on ageing has been framed in terms of a “burden”. As populations age, governments have worried about how a swelling population of retired people will put increasing stress on pension systems and the social care sector. Policies to raise state pension ages, reduce entitlements and move towards defined contribution pension schemes aren’t aimed so much at reducing the burden of increased longevity but rather shifting the cost of it from the state and employers to the individual.

Employers worry about the burden of managing an expanding number of older workers who cannot afford to retire when they want to, are less physically capable to take on certain tasks than younger colleagues, and are perceived as less adaptable to changes in work. Many people are afraid that the burden of longer lives may make retirement unaffordable.

Read more: The question employers are wary to ask: when are you going to retire?

In the UK, a third of retired people have the state pension as their only source of income. Given that the new full state pension (currently £164.35per week for a single person) would need to be increased dramatically in order to reach the absolute poverty threshold of £296 per week per household – the point at which one struggles to meet basic needs – the affordability of retirement is a significant concern for many.

Even young people have concerns about the cost of ageing. If retirement ages stay where they are, future generations will be responsible for supporting an increasing number of retirees through rising taxes and pension contributions. If older people delay retirement (as they are across the EU where for men it was aged 63.4 years in 2016 compared with 62 ten years previously), young people worry about being crowded out of the job market.

But there’s an alternative perspective which frames an ageing population as a phenomenon which can enhance productivity and therefore pay a societal dividend. Older workers have formal, technical and tacit skills which they’ve accumulated through long service. Employers in sectors which are facing labour shortages are seeking to acquire such skills through programmes such as mid-career apprenticeships. Older workers can also help younger ones find pathways into secure and well-paid work through mentoring and job sharing. Many older people are also contributing to social welfare by taking on caring roles such as looking after grandchildren and elderly parents.

Get them when they’re older

Whether increased longevity is a burden or a dividend depends on the extent to which societies prepare for the challenges of ageing populations and plan for making use of the benefits. One of the most tangible benefits of living and working longer is the retention of skills and knowledge. However, employers do not always know how to use such assets, especially when they come from outside their workplaces.

For example, I am working on a project with the Officers’ Association on the experiences of older military officers in transitioning to civilian work. Employers speak positively of officers but are often unsure how to use skills acquired through military service. But officers have skills in leadership, work organisation and decision-making which can be applied to a broad range of jobs.

Economies which are experiencing a longevity dividend are those in which governments, employers and labour unions are working in a coordinated way to make use of the older workforce as a resource. In Japan, for example, the government has invested in Silver Human Resource Centers to help older people gain employment in sectors facing skills shortages. Training and intergenerational learning is being facilitated in places like Hong Kong through Elderly Academies which encourage older people to take part in education while normalising older people’s place in the classroom for young students. Across Europe, employers and unions are collaborating, with help from EU funding, to develop, pilot and embed new approaches to managing age by redesigning work.

The longevity dividend, like most economic benefits, is attainable but needs to be worked for. Mobilising older workers’ skills, expanding labour forces and fostering intergenerational solidarity will mean that rising life expectancy can be both socially and economically good.